From 21:00 (Australia Eastern Daylight Time) on 20 March, all travellers will be stopped from entering Australia except for Australian citizens or permanent residents. British nationals who are permanent residents and are currently outside of Australia will be required to self-isolate for 14 days on arrival in Australia.

If you have made a booking with us that is affected by this restriction, we will make every effort to keep you fully informed and contact you as soon as possible. Should you have any immediate concerns please do not hesitate to contact your dedicated team.

We continue to monitor the situation.

Italian trade unions have confirmed a 4-hour air traffic controllers strike (from 1 pm to 5 pm), as well as other strikes in the aviation sector (with durations varying from 4 hours to 24 hours) on Friday 25th October.
Alitalia has therefore cancelled several flights scheduled for that day, as well as two flights on the late evening of 24th October and one service on the early morning of 26th October.

Flights set to operate on 25th October during the peak times between 7am to 10am and from 6pm to 9pm will operate as scheduled. 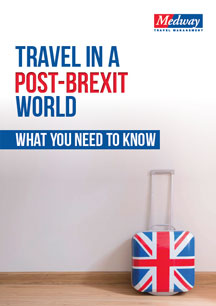 Travel in a Post Brexit World discusses the potential impact of Brexit on the travel and how you can be prepared to tackle the impact. Whilst nothing is for certain, the guide discusses air travel, rail, passports and visas, border control and more, to give you practical tips and tricks and make you aware of what could change.

You’ll benefit from this white paper if you:

Unfortunately, British Airways have announced that the strike will go ahead on September 9, 10 and 27, causing serious disruption to the travel plans of British Airways customers.

British Airways are now making changes to their schedule and have been sending cancellation messages since this morning. Notification emails are being sent to customers booked on flights during the strike period. This includes some cancellations on 8, 11 and 12 September due to crew rostering and positioning of aircraft.
If you have a flight booked with British Airways on those dates, it is likely that you will not be able to travel as planned. British Airways will be offering all affected customers full refunds or the option to re-book to another date, both of which we will manage on your behalf.

Flights on BA CityFlyer, SUN-AIR and Comair are not affected.

You do not need to contact British Airways, we will be in touch.

The Foreign and Commonwealth Office now advise against all but essential travel to Sri Lanka, due to the current evolving security situation following attacks on 21 April 2019.

Jet Airways have suspended all international flights until further notice.

Medway Travel will continue to monitor the situation.

Due to a strike by security personnel there will be significant disruption at Frankfurt Airport on Tuesday, 15 January.

Lufthansa is advising customers not to travel to the airport during the strike period, but stresses that this does not apply to transit passengers changing flights at Frankfurt. Lufthansa has also said that customers with flights scheduled to depart Frankfurt may change their ticket free of charge to any date up to 20 January.

Dutch air carrier KLM will cancel 159 European flights to and from Amsterdam on Tuesday 8th January due to an expected storm.

Heavy winds will limit traffic at Amsterdam Schiphol airport, Europe’s third largest, to only one runway.

All arriving and departing flights from Gatwick Airport have been suspended, while reports of drones flying close to the airfield are investigated.

Gatwick Airport have advised anyone flying from the airport, or collecting someone, to check the status of their flight.

Police are working with Gatwick Airport to get the issue resolved as soon as possible.

From 1st January 2019, BA services in Istanbul, will operate from the new International Airport which is located in Arnavutkoy district on the European side of the city. The old Ataturk Airport will close for schedule services on 31st December 2018. To prepare for the move, Turkish Authorities are restricting flights to/from IST on Sunday 30th and Monday 31st December 2018.

The following British Airways services will now be cancelled: